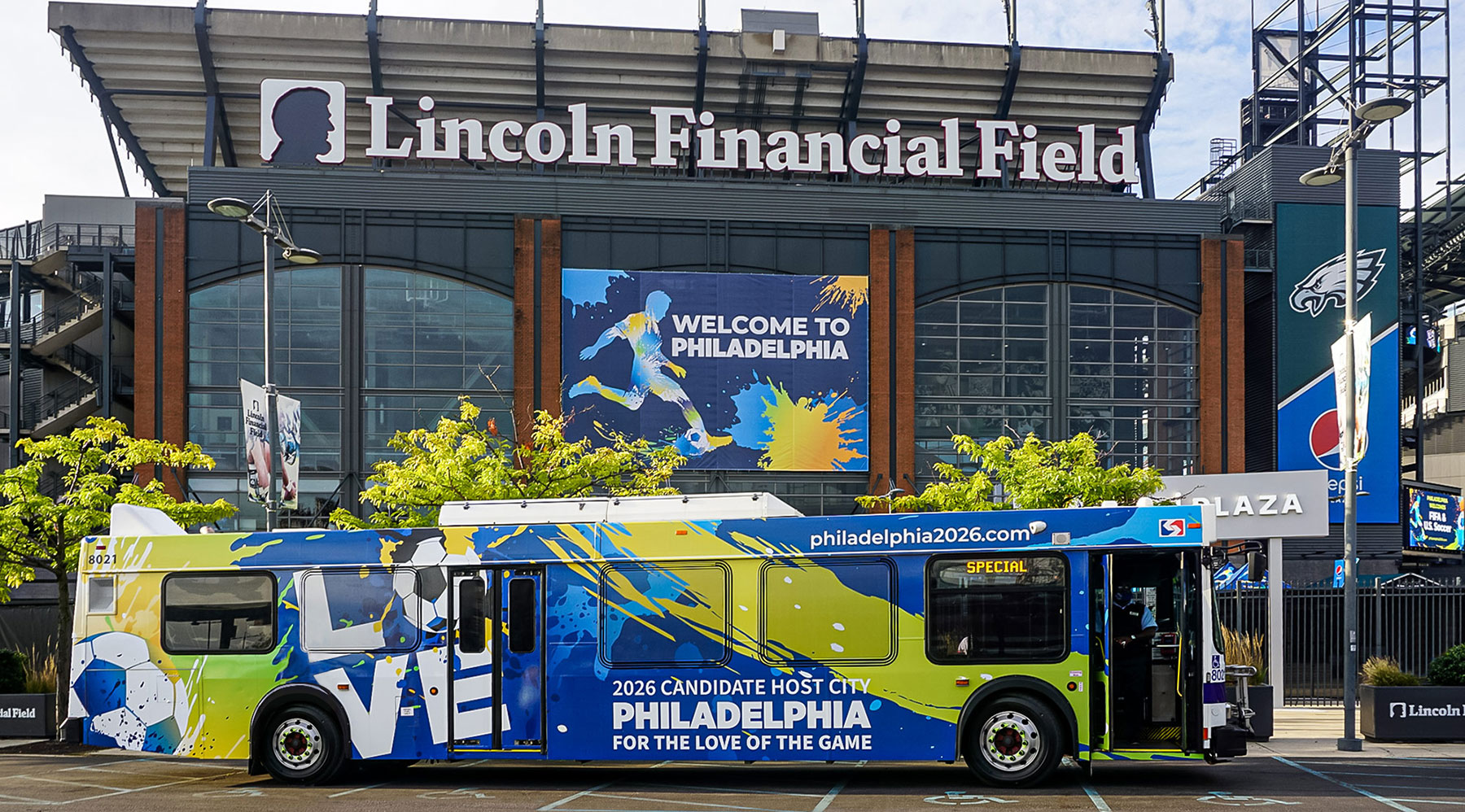 Few international sporting events evoke more national pride across the globe than the FIFA World Cup. Citizens and nations from around the globe are invited to explore the culture of the host city while celebrating their national team and sharing their own culture in return. The World Cup truly is a cross-cultural, global event, and the host cities that stage it provide memories that last a lifetime.

“Philadelphia is essential to telling the story of soccer in the United States.”

The competition for city hosting rights rivals the intensity of the World Cup matches themselves. The North American joint bid was successful, and the three countries had to determine their host cities for the matches. With the United States allotted just ten host cities, the city bid process proved to be just as competitive as the global bid process. When Philadelphia leaders decided that our city and the World Cup deserved one another, they knew they needed a meticulously crafted brand and a powerful activation strategy to come out on top. So, they engaged us.

We want the FIFA #WorldCup 2026 in Philadelphia! Show your love of the game and join our efforts now ➡ https://t.co/4TZInGqH9l #PHL2026 #TheBidIsOn pic.twitter.com/TmodXN2T3C

Beginning with nothing but city pride, we built a vibrant brand for Philadelphia Soccer 2026, the non-profit tasked with winning the host city bid. Brand guidelines and dynamic colorways along with the personality-rich messaging of #ForLoveOfTheGame and #TheBidIsOn would combine to form bus wraps, banners, posters, t-shirts, and social media promotion that boldly announced and amplified Philadelphia’s candidacy.

With a brand identity in place, we worked with Philadelphia Soccer 2026 to identify all stakeholders—executives and athletes, community leaders and the general public—to build a campaign to engage their support. Public relations messaging, digital communications, community engagement events, and stakeholder alignment were strategized to work in concert. All of this required precise planning, forethought, and expert instincts that can only be achieved with experience and dedication. 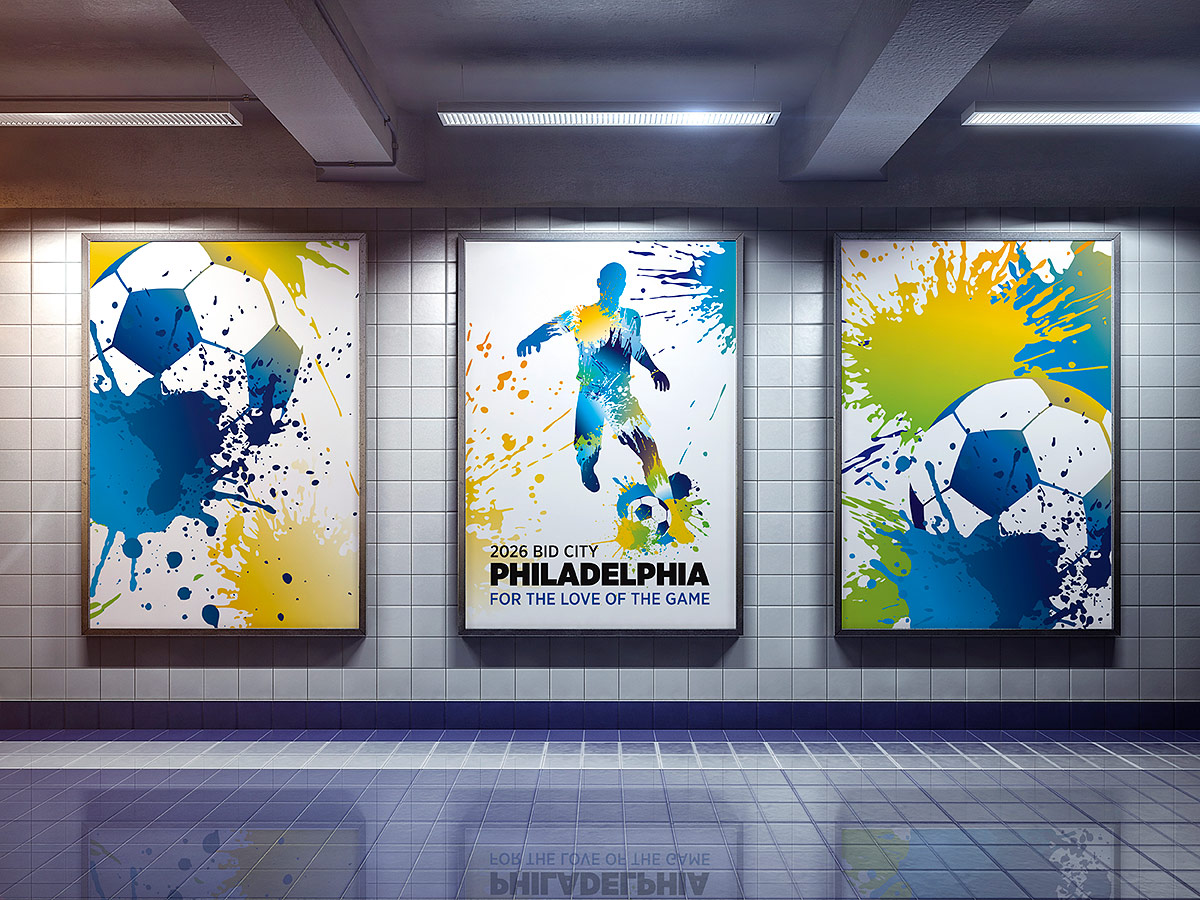 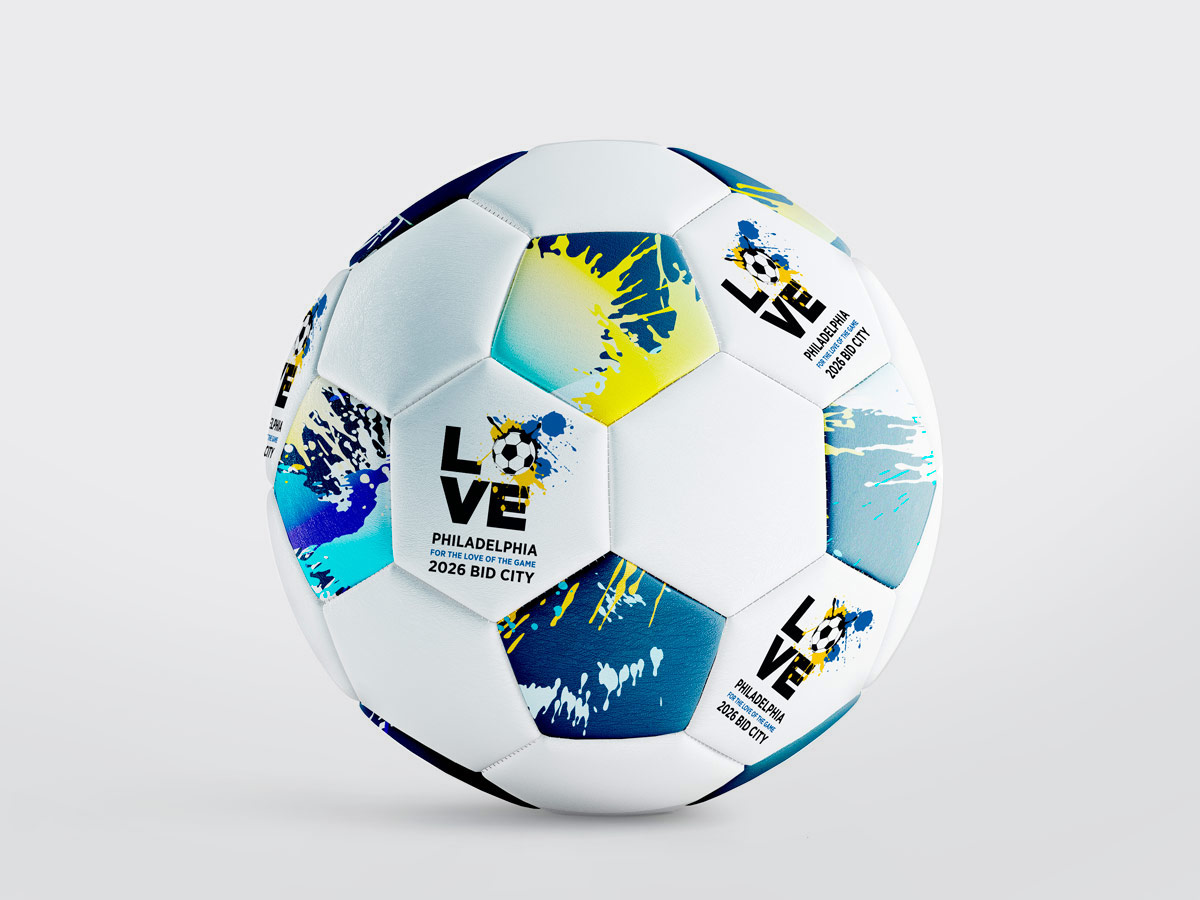 With an expansive public awareness campaign, flourishing stakeholder support, and personal connection to the local Philadelphia community, we successfully generated city-and-statewide momentum for Philadelphia Soccer 2026. As of 2021, supporter newsletters have reached thousands of emails, and well over a million social media impressions have spread the news further. We have produced eight videos and supported over 20 event activations to date, including interactive exhibits, pop-ups, swag drops, and a digital mosaic that allows supporters to paint themselves into the picture and recognize that hosting the World Cup is a collective achievement.

We have managed all budgets, coordinated with vendors, produced marketing collateral, and tactfully planned each event, including the seminal site visit in September 2021. During the visit, Philadelphia Soccer 2026 welcomed 22 delegates from FIFA, U.S. Soccer, and The Confederation of North, Central America and Caribbean Association Football (CONCACAF) for a one-day site visit to tour facilities and gauge Philadelphia’s capability as a host city. The delegates made no secret of their approval, and Philadelphia is arguably the best-positioned city in the nation to host the global games. 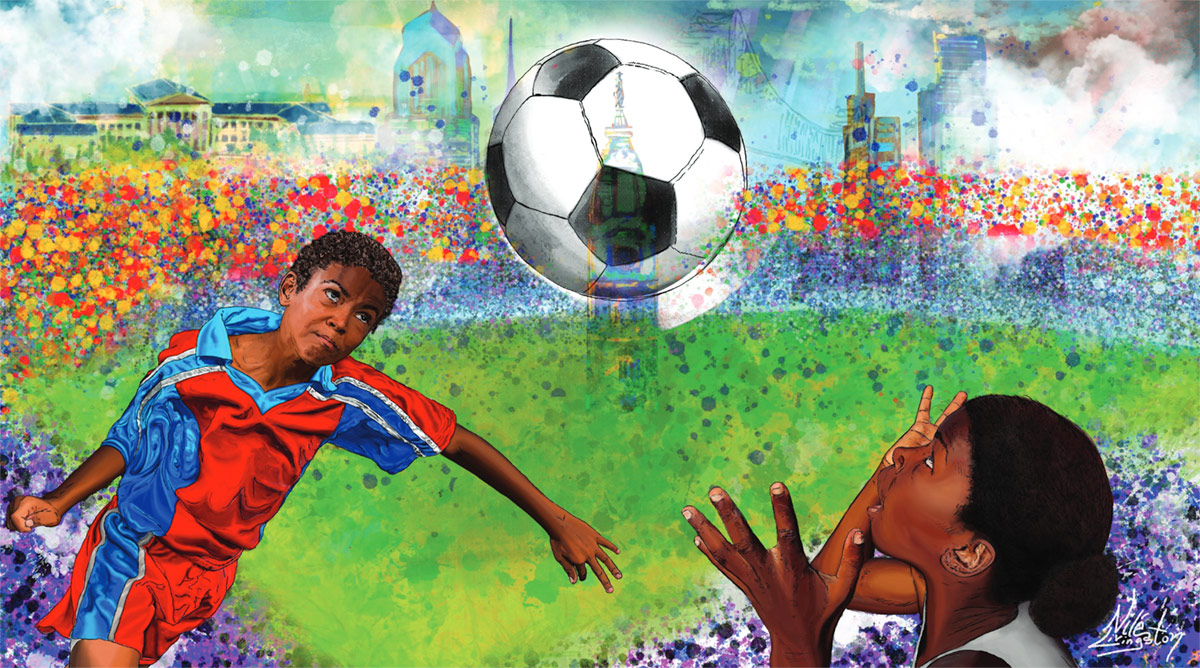 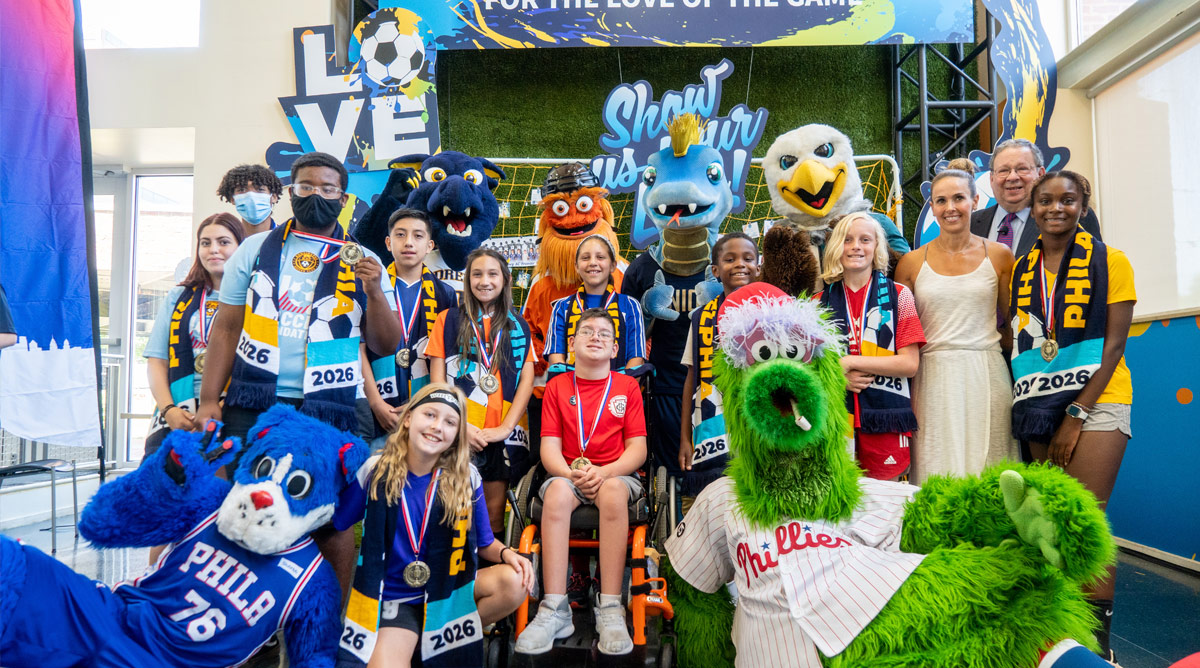 This is the welcome the FIFA committee members got today!

Philly Is the host with the most! #TheBidisOn @NBCPhiladelphia pic.twitter.com/0ADv4bzFB6

Philly welcomed @FIFAcom with an amazing show of support by hundreds of fans! #TheBidIsOn pic.twitter.com/7cJiN1J9Oj

“It was very clear that you want it.”​

And the results were fantastic! On June 16th, 2022, FIFA announced their host city selections over a live broadcast so we decided to throw a public celebration for the announcement.

Partnering with major regional businesses, Philadelphia professional sports teams, local stakeholders and vendors, and the city of Philadelphia itself, we planned, activated, and executed a pep-rally day, held in LOVE Park in the heart of Center City. Tastefully transitioned messaging – turning “The Bid is On” into “The Bid is WON” – captured a sense of continuity and accomplishment as the familiar branding decorated the surrounding streets.

The city’s top political officials were on site, as well as sports icons and cultural figures. But it was truly the 700+ attendees that stood out that evening. When the announcement came from jumbo screens high on stage above a sea of people, the whole park erupted as hundreds of people waved “The Bid is WON” posters – without a doubt, many of which will go on walls in anticipation of 2026. 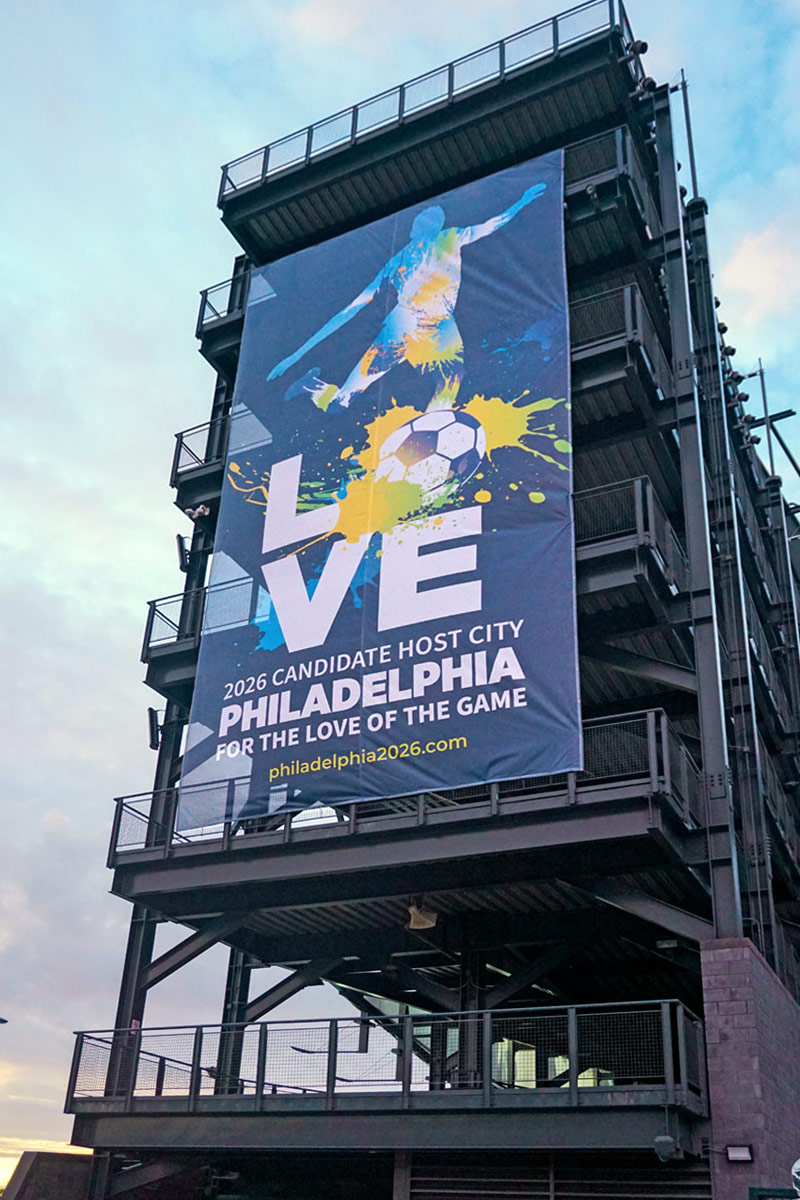 Our campaign strategists, event experts, project managers, and creative departments were able to generate immense support for the bid process at all levels throughout the city. There’s lot of competition for the title, but we believe we’ll always be Philadelphia Soccer 2026’s biggest fan.