Super Bowl, Super Impact: My Work with the NFL 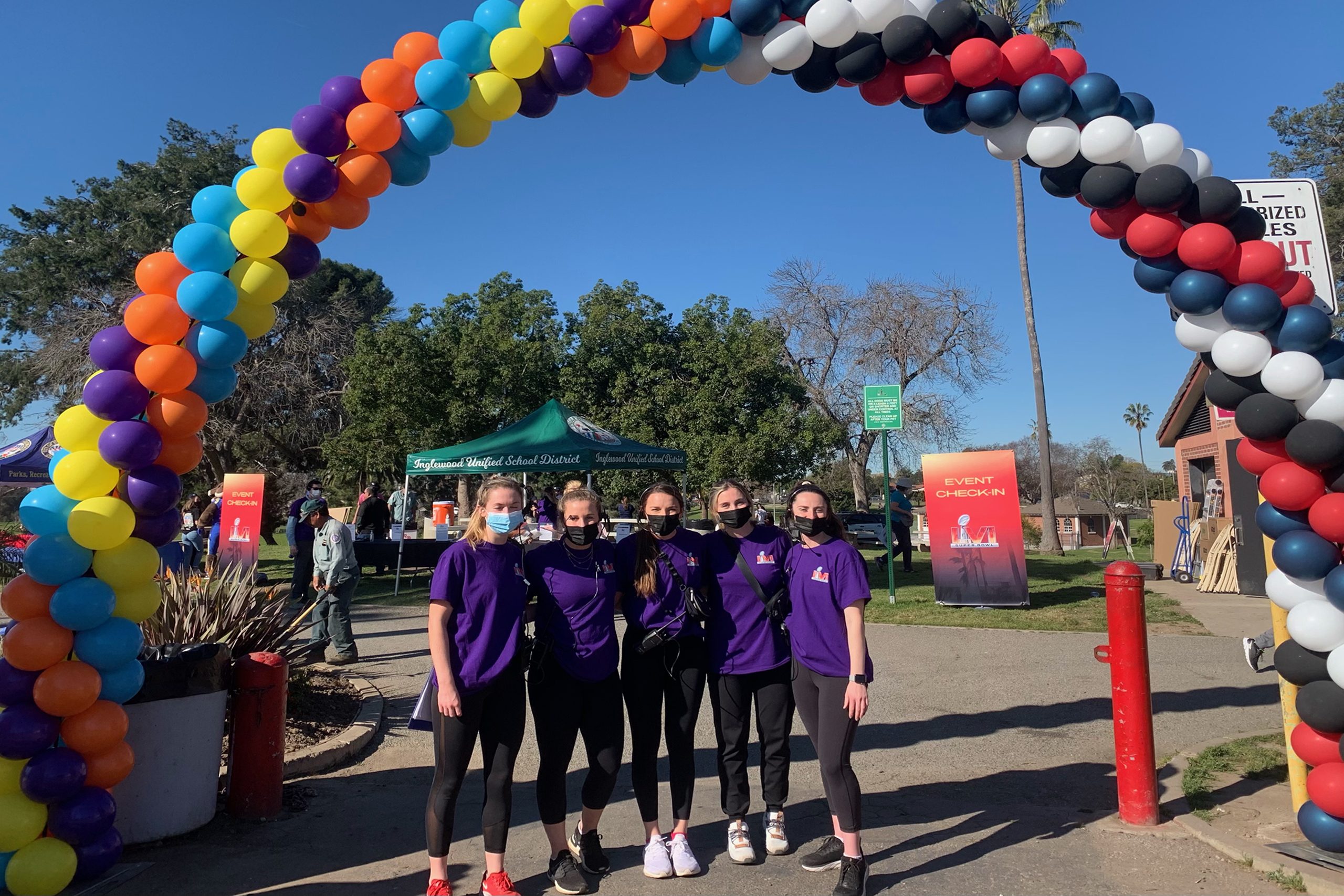 If you told me a year ago that when I started my first full-time job after graduation that my first work trip would be to the Super Bowl, I would have said you were crazy. But that’s exactly what happened earlier this year.

From Presentation to Reality

During my spring semester of 2019 at Virginia Tech, I took a course titled “Marketing, Society, and the Public Interest.” We each had to give a four-minute presentation on a brand or organization that was leveraging social marketing techniques to solve societal problems and address issues of social justice. I decided to do my presentation on the NFL’s “Huddle for 100” campaign.

The campaign had a goal to inspire one million people to give back 100 minutes of their time for 100 million total minutes of community service across the League’s players, staff, personnel, and fans. In total, the campaign saw nearly 400 million minutes of community service, more than 1,500 local events organized, and over one million fans engaged. The massive success of the campaign was a large reason why the NFL was presented the League Humanitarian of the Year Award during the 2020 ESPY Awards. 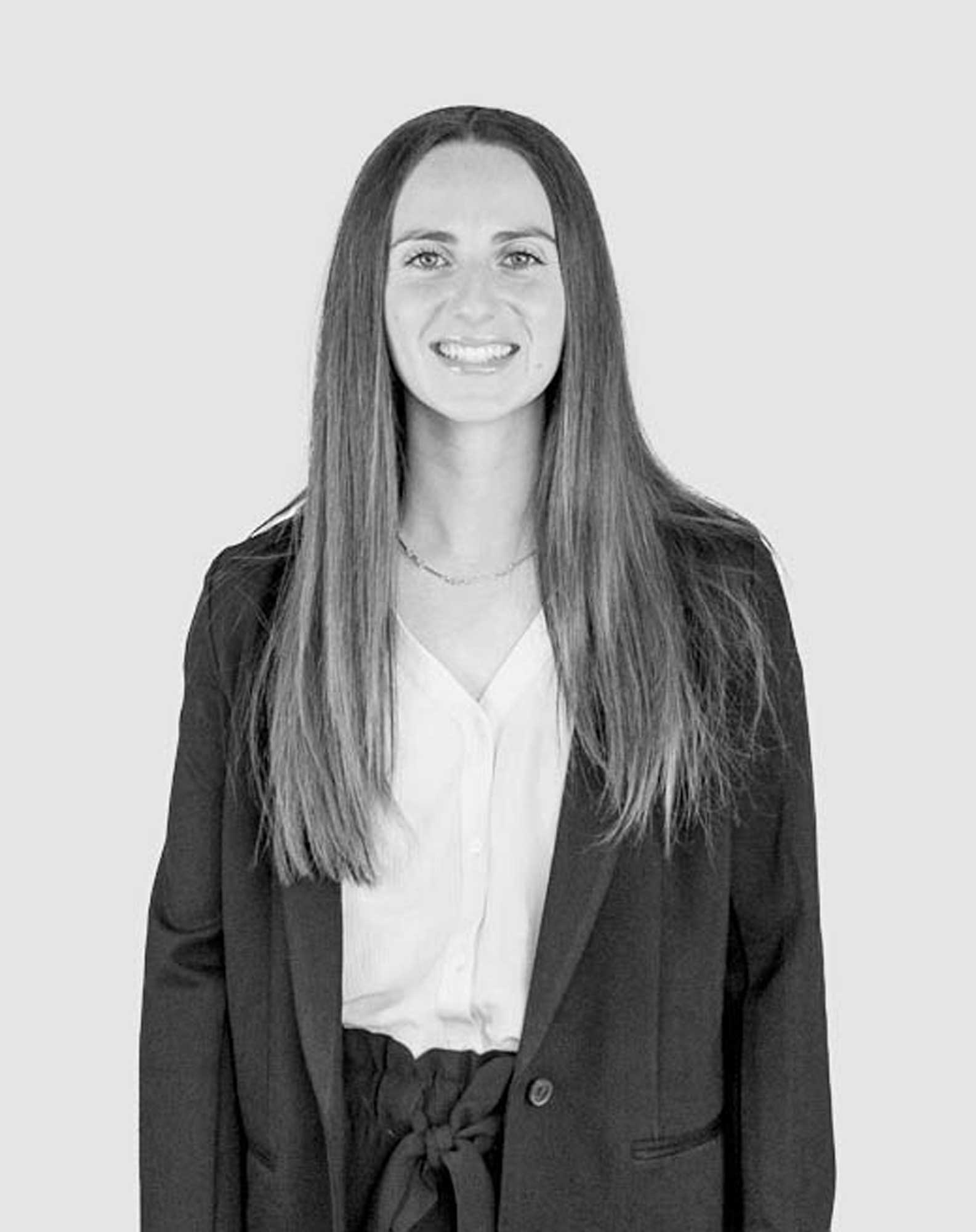 Little did I know that a few months later I’d join the team that helped bring that campaign to life! Eager to start my career at Athena, and work at the intersection of my passions for sports, events, and community service, I had my sights set on working with the very client I had presented on during my class. And I have been fortunate enough to be able to do just that.

Though I work for a larger team here supporting our overall initiatives with the NFL, I currently serve as the day-to-day Athena contact for League’s Community Relations team. I also help strategize how our team shows up throughout the season, specifically surrounding the NFL’s tentpole events. Once we have the strategy confirmed, my focus shifts to full-scale planning and execution support. While I’m early in my career, Athena has made sure I know that I am an integral part of the team and my thoughts are heard and my contributions recognized.

During the 2021 season, the Athena team supported six events between Pro Bowl and Super Bowl. For three months, we worked alongside the incredibly passionate team at the NFL to ideate and determine the best way to enlist the help of the NFL’s local partners and national sponsors. Throughout the planning process, I made great connections with the NFL leads and was thrilled to have the opportunity to meet them on-site to execute the events at Pro Bowl and Super Bowl.

One of the highlights of Super Bowl week was the Inspire Change event at the NFL Network Studio in Los Angeles. The NFL worked with the Anti-Recidivism Coalition (ARC) and Place4Grace to invite children and chaperones to visit the studio for a tour with NFL Network talent and to record video messages to send to their incarcerated parents. Willie McGinest and MJ Acosta-Ruiz led the group on a tour of the studio, stopping to show us the set of their show, NFL Total Access. After the tour, the kids were surprised with additional NFL Network talent and pre-recorded video messages from their parents. I have truly never been a part of such a moving event, and I will never forget the impact it had on everyone that touched it.

Our work with the NFL is a good demonstration of what we refer to internally as the Athena Machine. In addition to event support, our Creative Agency created signage and collateral for all events and aspects of the campaign, putting their own nuance on the iconic NFL brand. Athena’s Production team also got in on the action this year by creating a sizzle reel for the NFL’s Super Bowl ticket giveaway program. The video was featured on the NFL’s social media accounts and appeared on NFL Total Access during Super Bowl week! 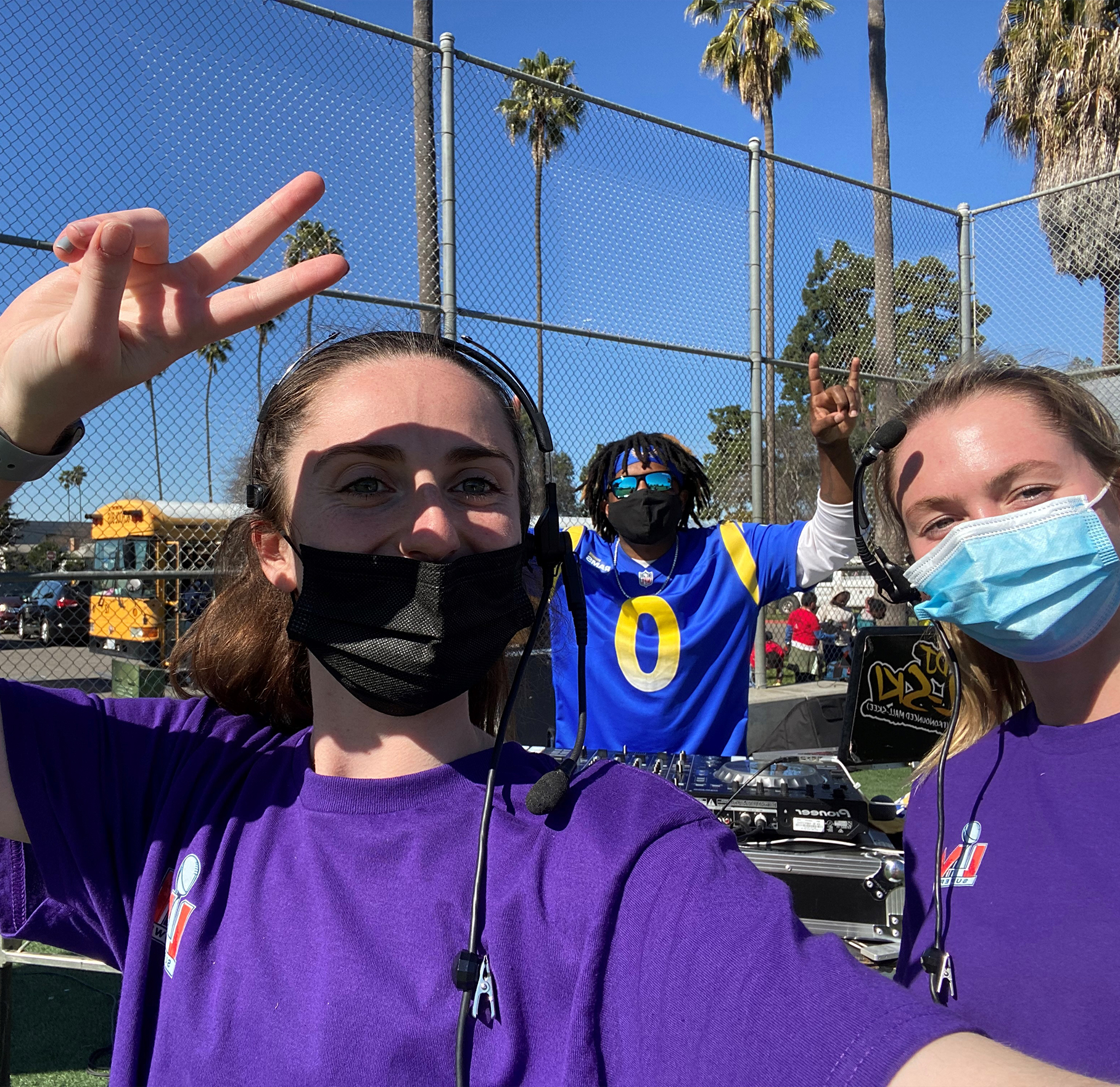 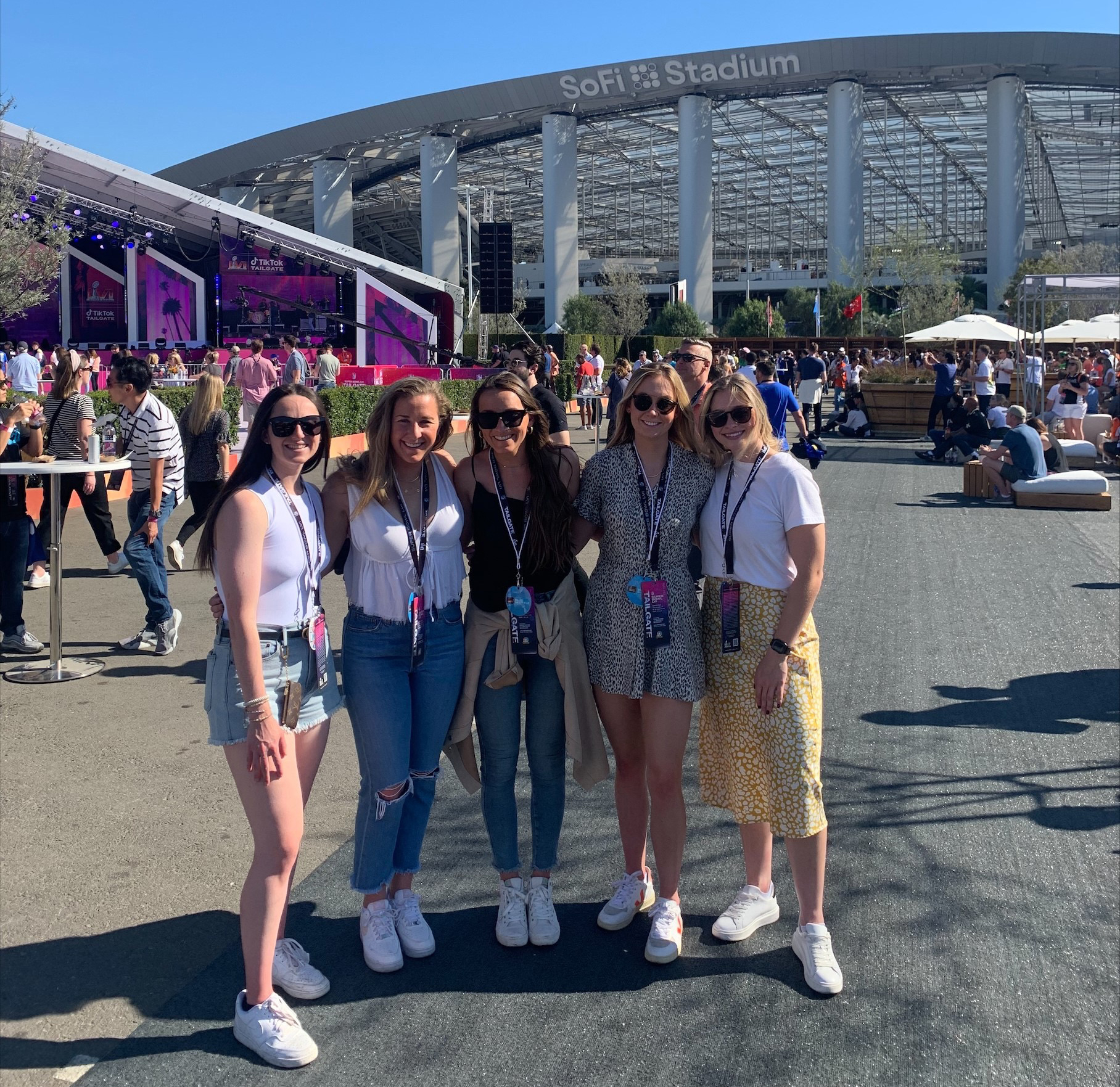 I’ve worked with so many amazing people at Athena and the NFL, forged several impactful relationships, and made memories that I will always carry with me (including attending my first Super Bowl!). Our work has not only made an impact on the communities we have served but it has also made a huge impact on me, reminding me of what’s important as I continue my career journey. I speak for myself and my fellow Athenians who touch this project when I say we are incredibly grateful for the work we do with the League, and we look forward to continuing the partnership for many seasons to come!

Check out more about our work with the NFL by reading our case studies on the Huddle for 100 campaign here and the 2020 Draft-A-Thon here.