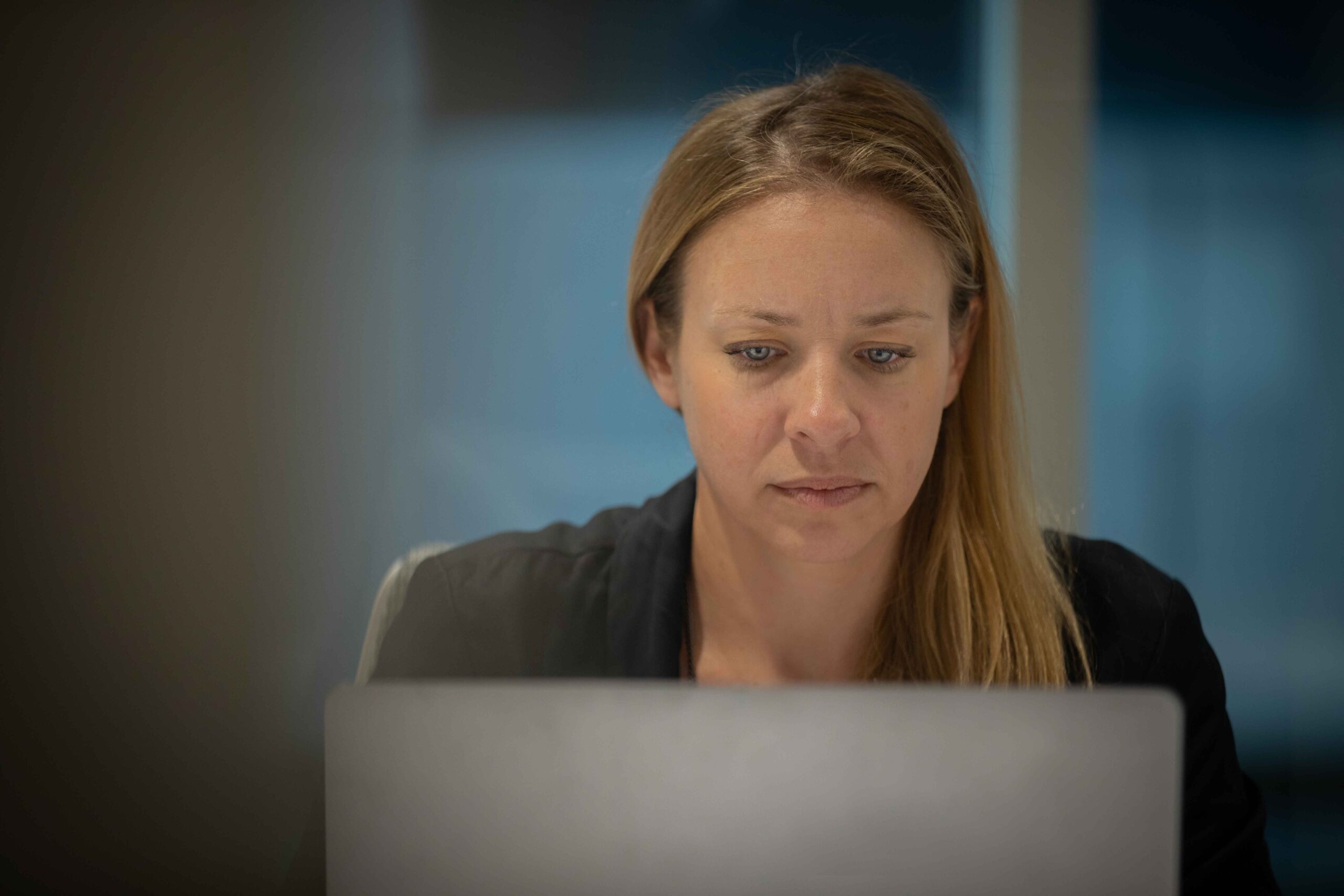 You worked at The New York Times prior to Athena Global Advisors. Describe your role there and some of the projects that you oversaw.
My primary role was as a producer of the TimesTalks interview series. New York Times journalists would interview celebrities and thought leaders in front of a live audience. The talks were also livestreamed and then made available to watch on the TimesTalks YouTube channel. I managed all the marketing, pre- and post-production logistics, and tracked the budget. In addition to TimesTalks, I also managed the website, social media, and special sections for The New York Times Travel Show.<

What brought you to Philadelphia?
My husband was offered a job in Philadelphia around the time when a lot of event professionals I knew were leaving their corporate jobs and going the freelance route. As a mom of a toddler, this was appealing as it would allow me to work from home and set my own schedule. I’m not sure I would have had the courage to venture out on my own if we had stayed in New York, but moving to Philadelphia was the forcing function I needed to try something new. The Times hired me for some freelance work during my first few years in Philly, and I also picked up work with Philadelphia magazine. It ended up being a great balance, allowing me to stay professionally active, but also gave me the ability to spend more time with my family.

What was attractive to you about joining Athena?
I met with Maggy, Athena’s CEO, and was immediately impressed with her vision for the company and also her pragmatism. They had some high-profile clients, which was attractive to me, and an interesting variety of projects. I also found the people at Athena to be very smart and hard-working, but also down-to-earth and friendly. Finally, Athena was incredibly accommodating to the fact that, at the time, I was not interested in full-time work. They were able to bring me on in a part-time capacity, which was incredibly rare. It’s very difficult to find regular part-time work at a certain level in one’s career, but I’m grateful that Athena made that investment in me. About two years later I was ready to join Athena full time and haven’t looked back!

You made the move to Philadelphia from New York before the pandemic motivated people to relocate. What was your experience like moving to a different city at that time?
We arrived in Philadelphia right before the Pope visit and quickly thereafter the city hosted the Democratic National Convention and the NFL Draft. There was so much positive energy and momentum in the city. I also loved the array of artisan boutiques and mom-and-pop shops. Ever-increasing rents made it very difficult for small businesses to survive in New York but they were flourishing in Philly.

What are some of the unique benefits of living in Philadelphia?
Philadelphia’s location and affordability are strong selling points. It’s one of the cheaper cities on the East Coast and close to New York and D.C., as well as the Poconos, the Jersey Shore, and Delaware beaches. It has also proved to be a wonderful city in which to raise small children. We live in a residential part of Center City with many parks and playgrounds and other families. The city is easy to navigate and there is no shortage of attractions. There is an amazing collection of museums—many of them geared towards families. Beyond museums, the zoo is lovely, Spruce Street Harbor Park is wonderful in the warm weather, and Winterfest is fun for all ages in the winter. Despite being New York sports fans, my family loves going to Phillies games. Citizens Bank Park is a great ballpark and so easy to get to. We recently went to a Philadelphia Union soccer game which was a lot of fun.

Tell us about your role at Athena.
I oversee Athena’s project management and communications teams and work on a variety of client projects, primarily focusing on marketing and communications strategy and implementation. I’m also part of the Executive Leadership Team so I help inform some of the overall company strategy and culture. 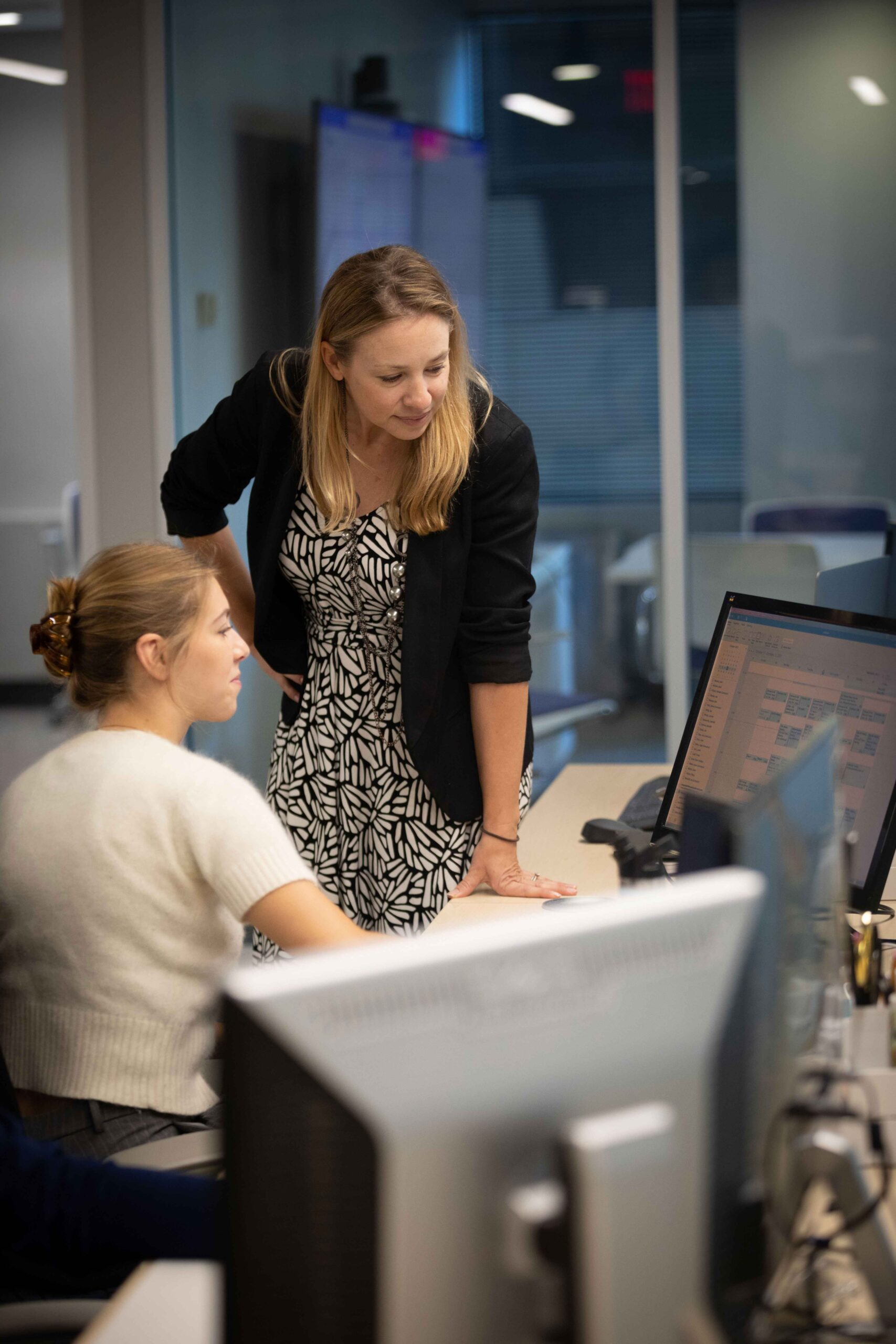 Your move from part-time to full-time employee also marked a shift from events to project management and communications. What skills were you able to draw from to make that professional transition?
Any successful events professional has to have strong project management skills. Even simple events have multiple moving parts with deliverables and deadlines to track. Working within the marketing department at The Times also gave me a solid foundation in marketing and communications. I was there to experience the real shift from print to digital and how successful brands pivot and adjust as their industries evolve with new technologies. When it comes to event marketing, you also need to be able to think strategically in order to build comprehensive event plans that meet your marketing goals. Strategic planning is so crucial to what we do at Athena that it has been a very natural transition.

What are some of the characteristics that make Athena an attractive place to work overall?
Athena has a very collaborative culture, which I love. There really isn’t any territorialism among departments, clients, or projects and that helps foster collaboration. I also find that people at Athena really care about one another which makes it an especially congenial place to work. We also have a lot of great clients and interesting work! I have enjoyed the relationships that I’ve built with many of our clients and am proud to have worked on projects that are integral to their businesses. I’ve learned so much during my time at Athena and continue to learn and grow with each new project.

In what ways does Athena support the busy schedules of working moms?
Maggy was a working mom in male-dominated industries with very little accommodation. She understands how hard it can be to be a working mom and has created a culture at Athena that allows parents (not just moms!) to carve time out to go to class plays, or doctor’s appointments, or stay home with sick children. At the same time, there is a real sense of team at Athena so we all support one another with whatever our life situations may be. Additionally, the pandemic has proved that as a company, we were very adept at working remotely. We have adopted a hybrid approach to return to office which I think has given us all a better work-life balance.

It has been widely reported that an astonishing number of women exited the workplace during the pandemic. What’s something you want people to know about today’s working moms?
The pandemic has been a difficult time for parents across the board and there are myriad reasons why so many women exited the workplace. Women have made great strides over the last few decades, but the pandemic showed that we are still often the default caretakers. I do see some positive changes that can benefit working moms. The pandemic has forced our home and work lives to intersect. Children and pets regularly make cameos in virtual meetings, and we’ve had to drop the pretense that our personal lives don’t impact our professional ones. I do hope that as the pandemic ebbs, companies will be open to hiring the women who had to leave and providing the flexibility that all working families need.

For more on Lorraine, check out her employee profile here.